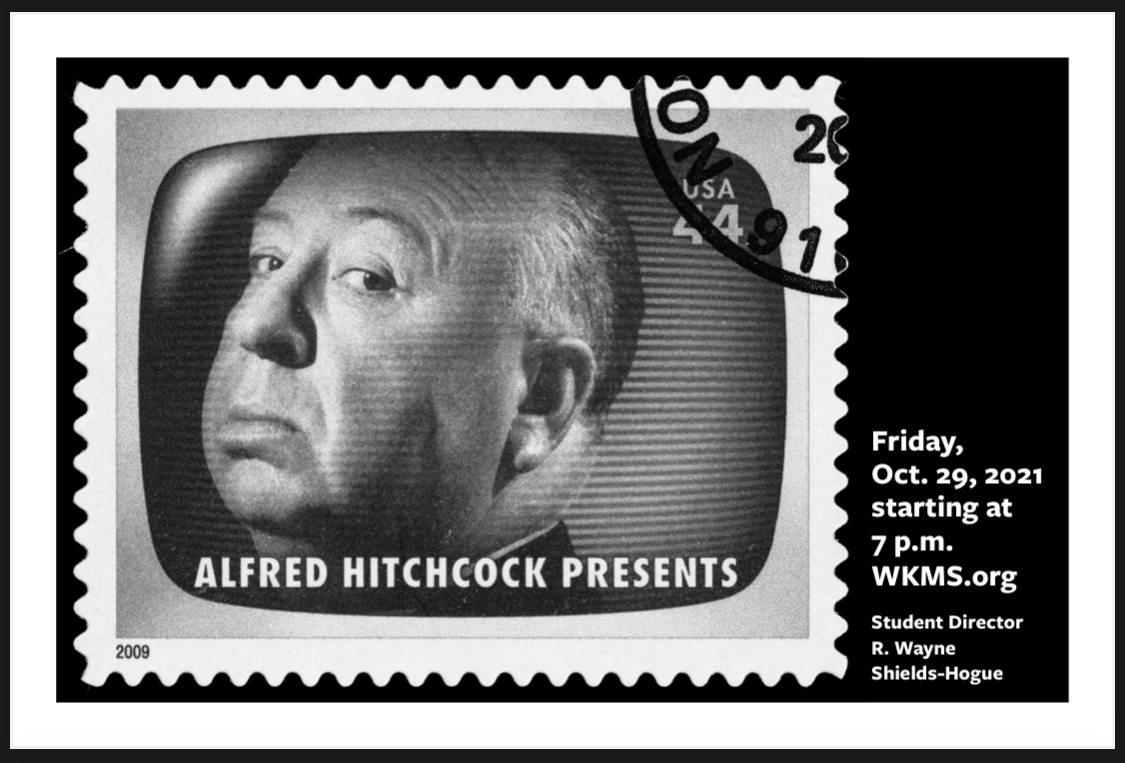 Spies, murder, love, and other trademarks of Alfred Hitchcock come to life in the style of a 1940s radio broadcast of the master of suspense's earlier films. Vintage Hitchcock: A Live Radio Play includes the triple feature of The Lodger, Sabotage and The 39 Steps. The show recreates a daring train chase, a serial killer's ominous presence, and a devastating explosion through the magic of live sound effects and musical underscoring. It even includes vintage commercials.

The student cast performed and recorded the play in Spring 2021. Director Wayne Shields-Hogue, a 2021 graduate of Murray State, said that acting for radio plays is much different than acting for the stage.

“You do not get to use your body as an expressive tool when communicating to the audience. You have to create more vocal choices without overwhelming the equipment that you are recording on, which can definitely be an issue. Voice acting for radio is finding that perfect balance of air flow and using your plosives,” Shields-Hogue said.

Olivia Beach, a sophomore theatre major from Louisville, Kentucky, said that working in a new medium made the project one of the most interesting and fun that she’d been involved with.

“I had never worked with foley sounds before or even voice recording, and it was such an awesome experience to craft the characters I was playing with only voice and sounds. The show has a mysterious and fun vibe to it and I'm very excited for people to hear it,” said Beach.

Tessa Northcutt, a senior English Education major from Calvert City, Kentucky, had always been interested in using different dialects and character voices. Acting in Vintage Hitchcock gave her the opportunity to use several in one show.

“Vintage Hitchcock was such a unique experience. I was able to portray roles I could never play on stage because all that mattered was my voice rather than my look or physical ability,” said Northcutt.

The experience of a radio play is very different for the audience as well as the actors, says Shields-Hogue. “For radio plays the audience gets to create the world of the play that they see while it is happening, unlike in theatre when you have designers to build the world for you.”

Sebastian Winter, a senior theatre major from Mayfield, Kentucky, believes the enthusiasm of the actors comes through in the performance.

Said Winter, “Vintage Hitchcock was a production that honestly felt like an excuse to get together and have fun. Everyone in it was great to work with, and Wayne was an awesome director. The show itself is a blast ― three Hitchcock stories for the price of one. I hope everyone enjoys it!”

Take the next step